Use "scan" to share the web page with your friends.

Recently, the Second China International Import Expo was opened in Shanghai. More than 3,000 enterprises and 500,000 professional buyers got together in the feast. Bo Zhou, CEO of Hengtian was invited to give a speech aiming at “Digitalization Reshaping Industries and Trade Innovations” on the 3rd China (Zhejiang)- Europe (Germany) Digital Economy & High-tech industry Match-making Conference on November 3rd. Nowadays, with the in-depth development of the global value chain and supply chain, a new round of technology revolution and industry revolution is at a historic juncture of major breakthroughs. In the speech, Bo Zhou looked back to the economic development process of Zhejiang in the past 20 years and divided it into three stages: fast growing export-oriented economy, rapid industrial development driven by informationization and automation, and focusing on both domestic and export demand with emphasis on domestic demand. Bo Zhou emphasized, in the 20 years of China’s economic development represented by Zhejiang, the development of information technology and digital technology played a huge role. China’s domestic demand-led market gradually formed since 2000，the Internet industry explored actively with new startups emerging. And the model of “robots replace mankind” appeared and became popular in Zhejiang in 2010, and then in 2015, China’s Internet plus opened up its own unique path. Digital technology has been driving the economic development of China and Zhejiang with its own innovation, promoting the transformation and upgrading of trade. 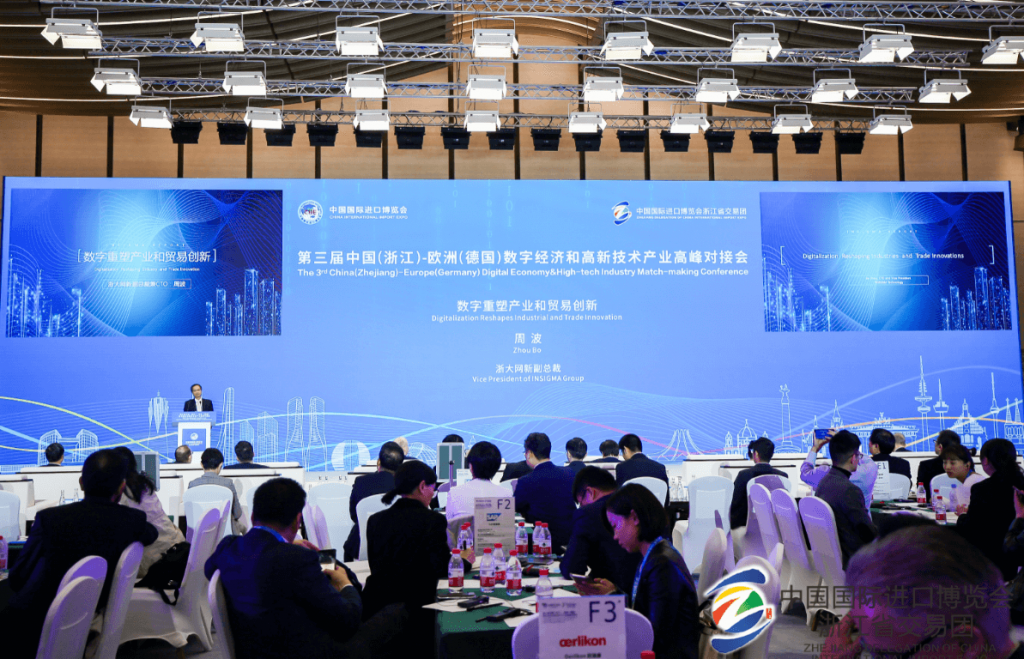 When talking about the period of fast growing export-oriented economy, with the example of Hengtian, founded by State Street and Insigma, Bo Zhou described the development of ITO of Chinese technology enterprises in that period. Then Bo Zhou took Hengtian’s assisting CFETS (China Foreign Exchange Trade System) to build financial standards and related basic core systems of China's money market after the financial crisis for example to explain that the Chinese government and Chinese enterprises in the new era had a stronger sense of self-awareness and realized it was necessary and urgent for China to build its own standards and systems. He also shared the new retail innovation system in the China market that Hengtian cooperated with domestic brands such as Nongfu Spring and an international brands , and narrated the bold attempts of Zhejiang enterprises in the system of flexible manufacturing and efficient customized customer service. 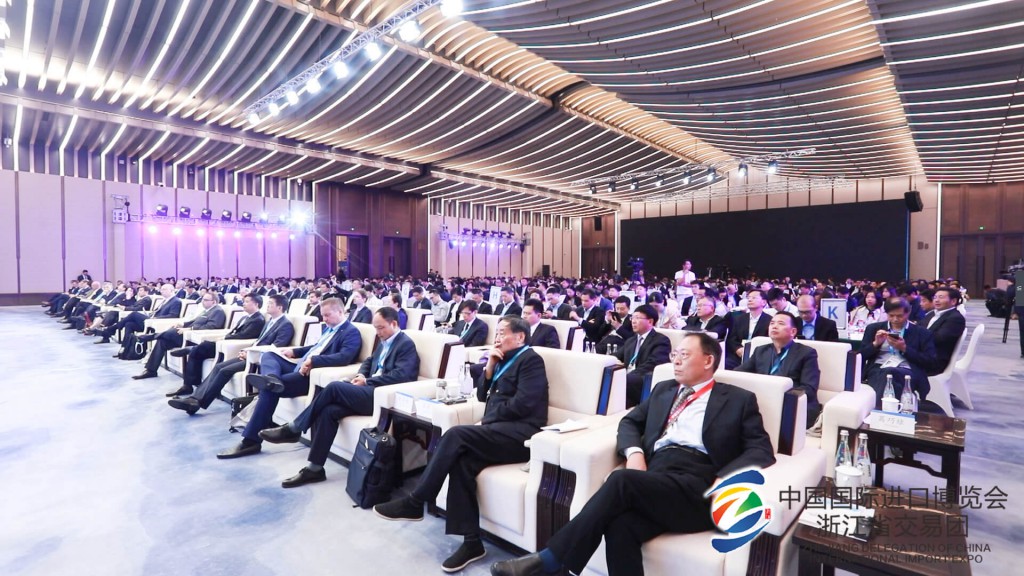 President Xi Jinping said, “Goods and services are traded, culture and ideas are exchanged” in the China International Import Expo. Standing at a new starting point, we should build the world’s economy which is open, cooperative, innovative and sharing. Under these circumstances, Hengtian opened up European market and established the branch in Cork, Ireland. Through penetrating into KYC, Hengtian uses block chain to build alliance chain among major financial institutions, and achieve automatic billing and payment through block chain transaction tracing and intelligent contracts so as to help European and American financial institutions realize AML in Banking and Fund. In the future, we will continue searching in the area of software development and innovation, make full use of The Belt and Road as a good opportunity for the company's overseas business development, actively promote the achievement of “China Proposal” in Europe, and to drive the wider European business, create greater scientific and technological value, open a new chapter in the global wave of trade and technology.

About Hengtiansoft
Hengtian is a technology services company in Hangzhou, China, an alliance among State Street Corporation, Insigma Technology (a Global Outsourcing 100 Company) and Zhejiang University (A Top Three University in China). Hengtian is dedicated to providing reliable and professional IT services and products for companies at home and abroad. The company offers enterprises customized software development services and IT products and solutions in relation to finance, manufacturing, and retailing, to name a few.
Go to know
The previous news ｜ Hengtian Builds Digital Central Control Platform For Tech-Bank, Gain the Admiration of Leaders of Ministry of Agriculture and Rural Affairs
The next news ｜ Hengtian Vice President Wins the 2019 NICSA NOVA Award in the Emerging Leaders Category